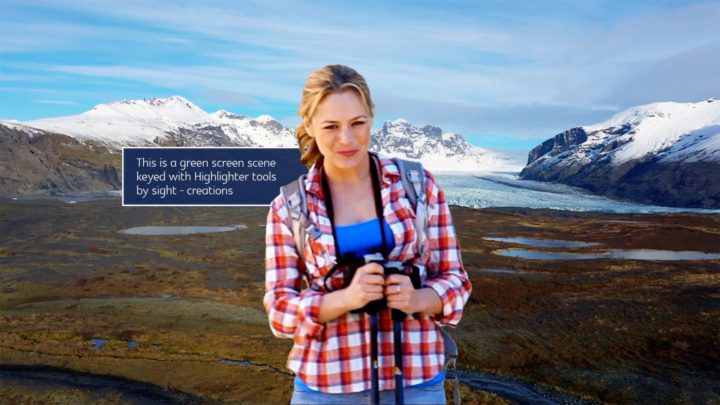 A very short demo of all the Fun Pack effects:

There is a Read Me file in the Animation Pack zip file that will give an overview of their use.

Check the Video tab for a tutorial!

Effects Presets are installed in your User (Home) folder / Library / Application Support / ProApps / Effects Presets /. Add these *after* you install the Highlighter 2 effect.

*If you want to be able to use the Effects Presets, you need to install the Highlighter effects into /Motion Templates/Effects/FCPXTemplates/. Otherwise, if you prefer a customized installation, open the .effectsPreset files in TextWrangler or BBEdit. Type Command-F and Find: FCPXTemplates and for Replace, the exact name (case-sensitive) of the Category you installed Highlighter into. Click Replace All and Save the file. 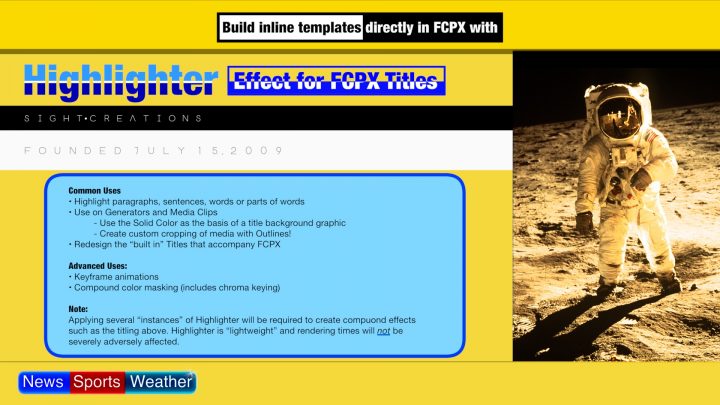 How would you use Highlighter?

Demo of Highlighter Scale Rotate provided with this product: