Title Tooner - Toon it up!

Title Tooner is a little different than those you are used to. For one thing, you have to “tell” the title how many characters (including spaces) you are using. For example, if you use “My Cartooned Title”, you have to type in 18 for the Char. count parameter.

Due to the special way in which Title Tooner was created, most parameters *cannot* be keyframed to create animation. However, you can keyframe a “progression” of appearance. For example, every character a different color; the baseline can be adjusted over a span of characters (or character by character); and more!

There are a pair of OnScreen Controls that allow you to arrange the title on the screen. It’s a trip — you’ll love it!

Another feature you’ll love: you can choose from “puffy” characters or “squeezed” characters. It’s a great use of all those fonts you have that you can’t find just the right use for! You won’t recognize the original fonts after using this.

Included with this purchase!

A comic text background — this is an Effect that you add directly to Title Tooner (or a Basic Title, or any other title with no background.) It automatically appears behind the text of the title.

This effect has an OnScreen Control that allows you to distort its basic shape to fit the text and it can also be rotated on screen. 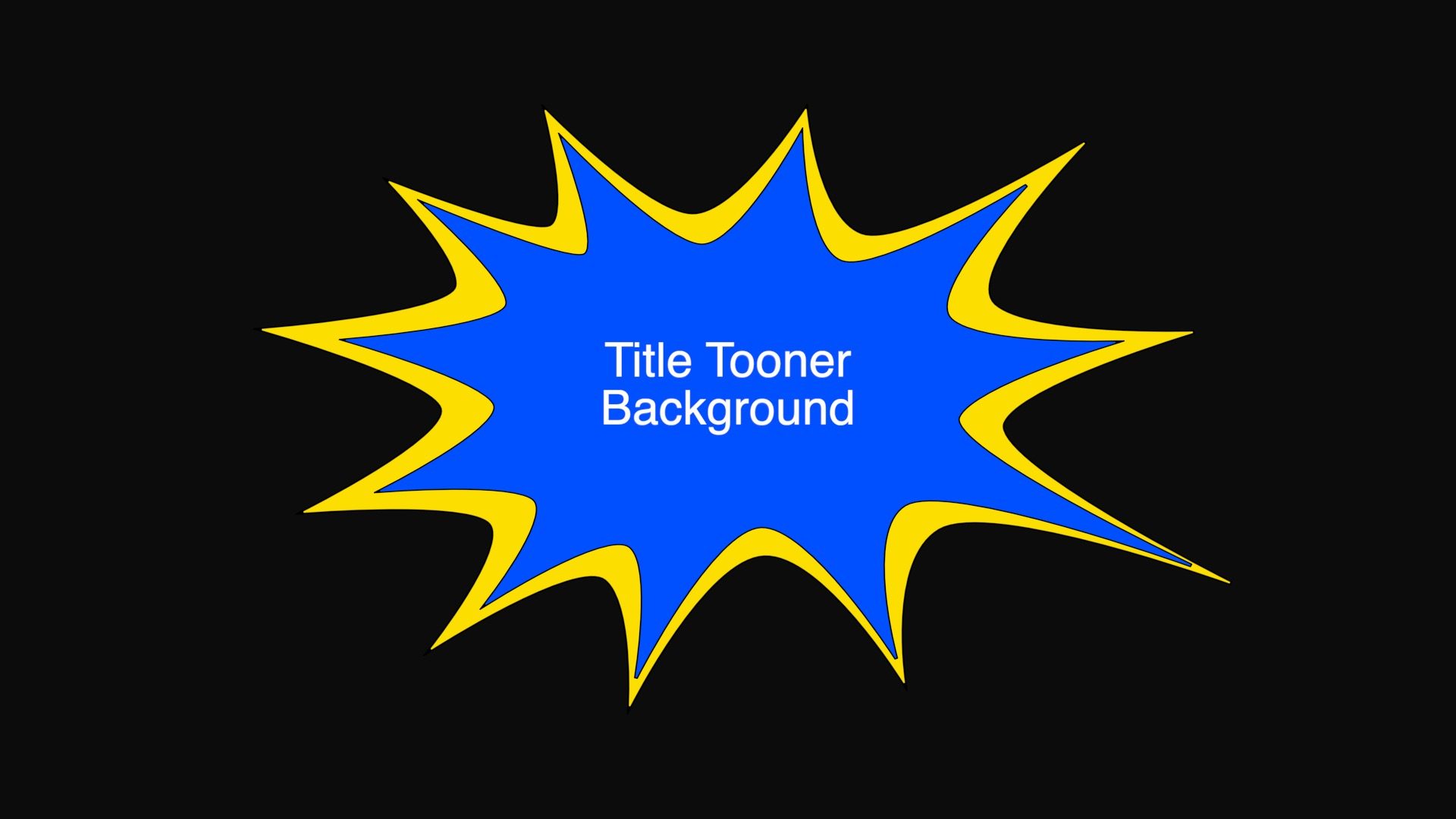 Begin by typing in your Title text. It can only be one line.

Choose a Style: Puffy or Squeezed.

The Start and End Points are controlled by the OnScreen Controls, or they can be keyframed to animate the text in the scene.

Collection is from Font Book — however you’ve arranged your fonts by collection. It’s a great time-saver and, it will apply to the font choices in the Text Inspector as well!

Font: Junegull by default. It’s a great starting font for this effect.

Size: this parameter becomes important because this effect will tend to blow up the fonts as they appear.

Sometimes using Monospace will help… you’ll have to try it out (and it will involve readjusting Tracking!)

Reverse Stacking rearranges how the characters “overlap”. With the option On, text will go from the start character and each subsequent character will appear to go underneath the last. With it Off, the opposite (start will appear on on the bottom, etc.).

All the rest of the parameters are DO NOT KEYFRAME SETTINGS ONLY… however, there is an interesting twist which I will cover further on!

Tracking is used to space out the characters (it’s an unusual sleight of hand that makes this effect work!)

Baseline can be used to lower or raise the text in it’s “font space”. You probably won’t use it often.

Character Rotation has a very unusual feature! Normally, you would just arrange the characters at a specific angle. However, in Title Tooner, if you set a keyframe on the first frame, set the angles you want to apply to the start of the text, then move the playhead at least the number of characters you use, you can set an *ending angle* and the text will “twist” from the start angle to the end angle — so cool!

The distortion effect has an Effect Center. You can adjust this to create different distortion effects by moving the “epicenter”. For example, if you drag the Y parameter downwards, the characters will appear to roll upwards for Puffy and will stretch upwards and slightly outward. In other words, you can create a different effect with every other setting.

The last four parameters are used to adjust the Puffy or Squeezed appearances, depending on which style you have selected. You can switch back and forth while you decide and maintain separate settings.

Now for the really cool stuff!

Title Tooner screen appearance can be further enhanced by keyframing it’s appearance. You can use the keyframe feature, which will *not* change the text over time, but over its span of characters. See the example!

The color over text is keyframed color. These colors do not change over the course of time, but are created right in the FCPX storyline. 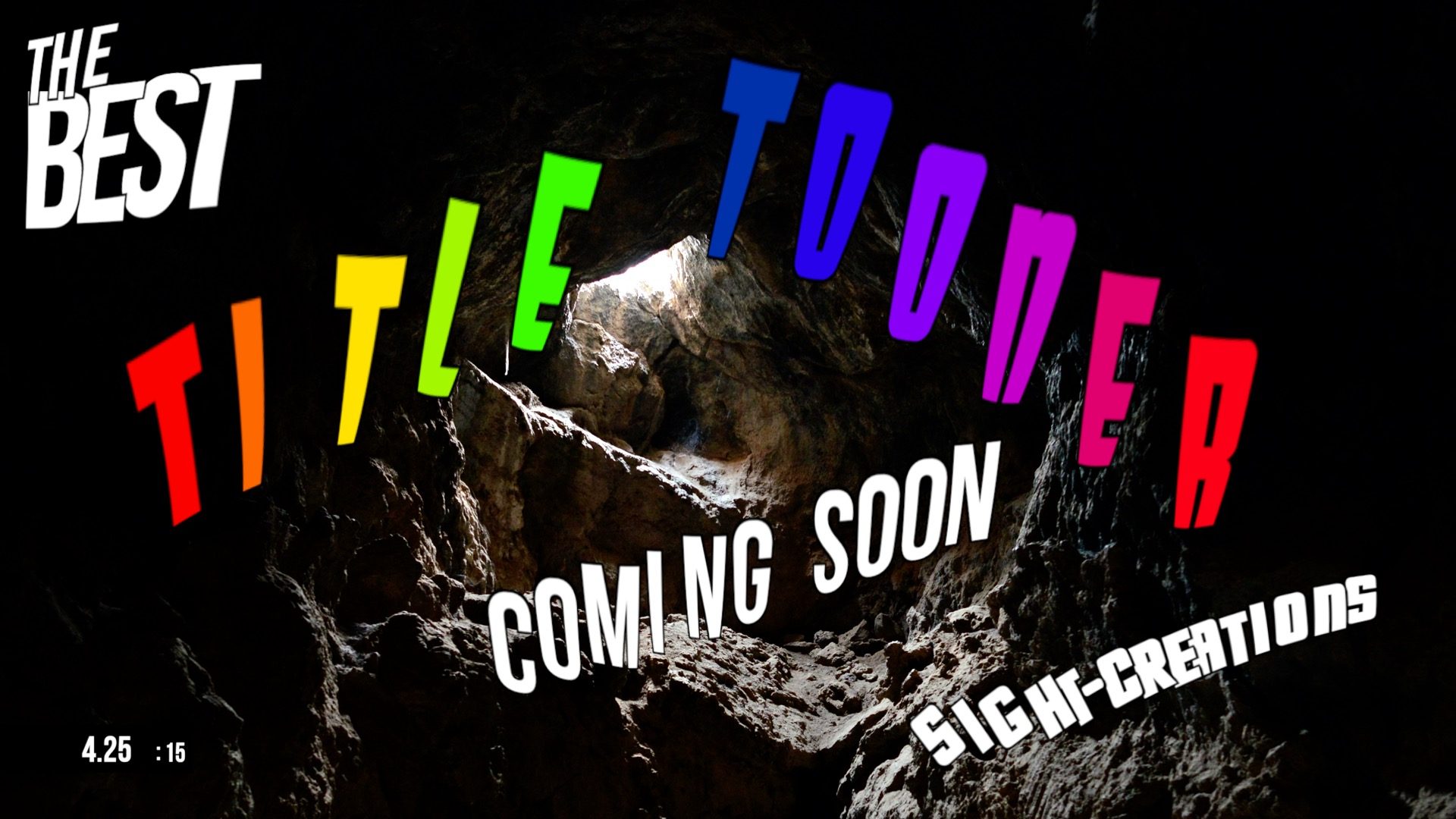 At the beginning, when you add text to Title Tooner, you have to notify the title of the number of characters used. Each character uses 2 frames in a 30fps project (4 in a 60fps project). Set a keyframe at the beginning of the title and set a Keyframe. You can estimate where the next keyframe will begin affecting text by counting the characters times 2.

[Note: there is a limit of 150 characters to the text you can enter (including spaces and returns). You can only use two lines of text and no more.]

If you need to make adjustments, go into the Video Animation editor and move the keyframes to make the adjustments.

Text is set on screen using OnScreen Controls for the beginning and the end of the (first) line of text. The OnScreen Start and End parameters *are* keyframable so that text can be animated at it’s line ending points.

Further animations can be accomplished with other effects that are available here and more upcoming effects that can be added to the title to create precision timed fades, movement, scaling, and rotation, all with Effects Masks available to isolate those behaviors to specific parts of the text if desired. For example, a “wipe on” or a spring into view.