These are effects. Drop them directly on video clips, titles, generators or transitions. There are no parameters to edit. There is nothing to add on, resize, or sync to the storyline. They can be used on compound clips as well.

These are simple – just drag and drop the blur you want on your clip. You can also experiment and drop more than on one as well. Every effect has a On-Off switch at the upper left edge by its name so they can be toggled. Find a combination that’s right for you.

Since these are effects, Effects Masks can be applied to limit the region within the scene that the motion blur will be applied to.

Motion Blurs are named Motion Blur + number of repeats (“samples”) + shutter angle. The faster the video, the smaller the shutter angle (typically, there are no rules!) On the other extreme, it is possible to make a scene look like it was faster than it was and shot in slow motion (try the 1800º shutter angle).

The number of repeats will begin to cost in render time. Up to 8 and you will hardly notice the difference. More than 8 and rendering will begin to take a little longer. Rendering will also depend on the video – if you’re applying the effect to full frame video, expect longer rendering. Animated titles and small shapes (generators, etc.) are not likely to take as long.

If you’re not getting quite the effect you want, try adding two or three Motion Blur effects to a clip (either the same or mix them up!)

Note:
If adding a Motion Blur doesn’t seem to have an obvious effect, that motion in the scene is not likely fast enough to see it. If you are “forcing” the effect, use longer shutter angles (up to 1800º — which is the limit Motion provides.)

Using Motion Blurs with long shutter angles will affect the beginning and ending frames of your clip (darkening will occur.)

Recently added:
Motion Blur Custom. Technically not a motion blur, but an artificial blurring using one of Motion’s built in effects. It has its uses. Try it out!

Installation:
SC Motion Blurs is already bundled as an Effects Category. Inside are several subdivided “theme” folders (based on the shutter angles of the blurs). Simply drag and drop the SC Motion Blurs folder onto the Effects folder inside Motion Templates. If you don’t know where that is, you may need to create it.

See these instructions to take you to that point: https://fcpxtemplates.com/installing-plugins-for-fcpx/. 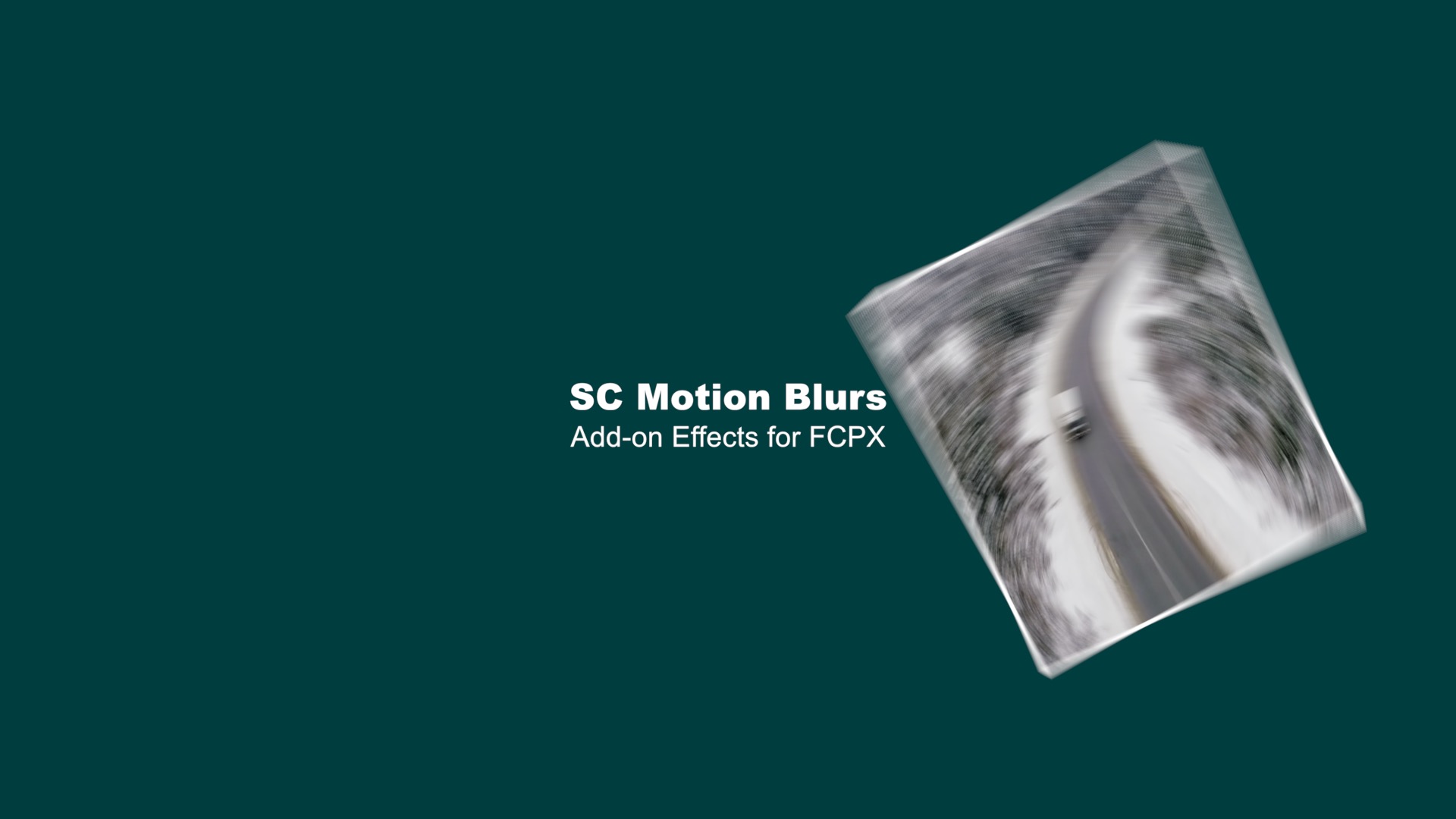