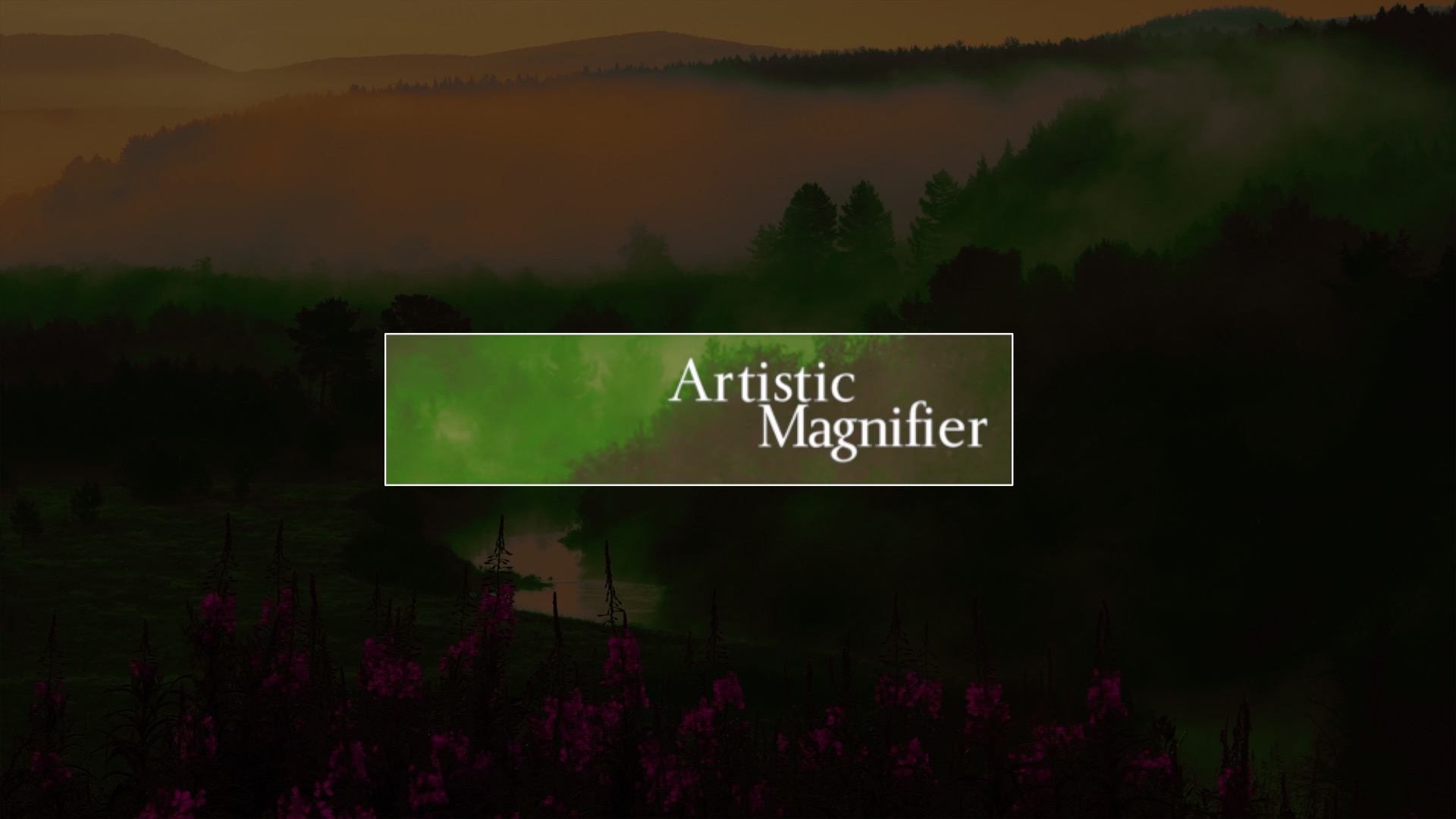 A Title for FCPX

Originally designed as a utility magnifier for tutorials and such, it turns out there are interesting visual side effects that make this effect usable anywhere!

This effect was designed as a Title which allows any other object positioned below the title attached to the storyline, including text. If you’re okay with a little softness in the text (which is also a nice effect occasionally), this effect can be used to “transition” text with a slight drift and marvelous fade.

In the diagram below, the Magnifier region is moving along the direction of the green arrow and as it moves, the Scaled Media is moving toward the border of the Drop Zone/Storyline frame boundary in the direction of the red arrow, synchronized to coincide at the edges of the frame boundary. The Scale value determines how much movement is perceptible.

This effect has a single OSC (onscreen control) to assist in positioning in the viewer.  The position can be keyframed.

Width/Height: Due to the nature of the design for this effect, it was necessary to limit the width and height to only 1280 wide by 720 high. If you’d like to see how this was done, you can go into the Motion template in Motion and dig it out. It did require working a spreadsheet in Numbers to make the calculations necessary and for values beyond the 1280 horizontal and 1080 vertical, there was not enough room to add the number of control points necessary to handle the exponential expansion of values to make alignment for a larger region possible.  Maybe, someday, Apple will add a way to perform that kind of math automatically and this project will be updated. It is not necessary to keep these values proportional to each other. Within the bounds of the maxWidth and maxHeight, any size can be created (even 0 by 0) and keyframed for effect.

Scale: Range from 0% to 400%; default is 200% (or 2X). May be keyframed for effect. All scale values work with the math used for the region/scaled media edge alignments. However, when going smaller than 100%, it will be necessary to resize the width and height parameters if an outline boundary is desired.

Roundness: The magnifier region may have rounded corners. Rounding can also be used to create a more circular effect (although you may have trouble obtaining a “perfect circle”).

Border Color: keyframable value can be animated to change color over life, or simply be set for the life of the effect.

Border Opacity: keyframable value can be animated to fade in/out the border.

Border Width: keyframable value can be animated to adjust the weight of the boarder. The center of the border is the edge of the magnifier region. Using large values will obscure edge pixels.

First/Last Point Offsets: These parameters can be used to offset the beginning and end where the border is drawn around the region. These can be keyframed to create an (eye-catching) animation, typically drawing the box, or used to create an animated arrow (see the Outline Start and End Caps below).

Corner Style: when the region is set up as an unrounded rectangle and outlined with a line wider than 1 pixel, the corner style can be set to Square, Round or Bevel (which will create a 45° angle “cut” on the corners).

Outline Start/End Cap— There are four options: None (similar to Square), Square, Round, Bevel and Arrow. None ends at the actual control (corner) point whereas Square represents the center of a “fill” of a square that is “Width x Width”. Bevel cuts two 45° angles on the end and Arrow applies an arrow head. (Arrow size controls were not included with this effect: they were deemed superfluous for the most part).

Feather Edge/Falloff: These controls can be used to control a blurred and mixed edge between the magnifier region and the underlying media. There are values available beyond the slider, so click and drag the values up/down to create a larger feather.

Bg Overlay Color/Opacity: This effect includes a method of darkening the area outside the magnifier region, for effect. Color is black by default but may be set to any value and animated over time. Opacity is also a keyframable value that can be animated to fade in/out the color overlay.

These parameters deal with transitioning the magnification effect.

Fade In Time: the number of frames to fade up from 0 to 100% opacity. Timing may be affected by stretching the effect’s timing in the storyline.

Fade Out Time: the number of frames to fade out from 100% to 0% opacity. Timing may be affected by stretching the effect’s timing in the storyline.

Start Offset: the number of frames before starting the Fade In.

End Offset: the number of frames before the end where the Fade Out ends.

These parameters controlling the fade of only the magnifier region allows animating other features before (and/or after) these Fades are applied.