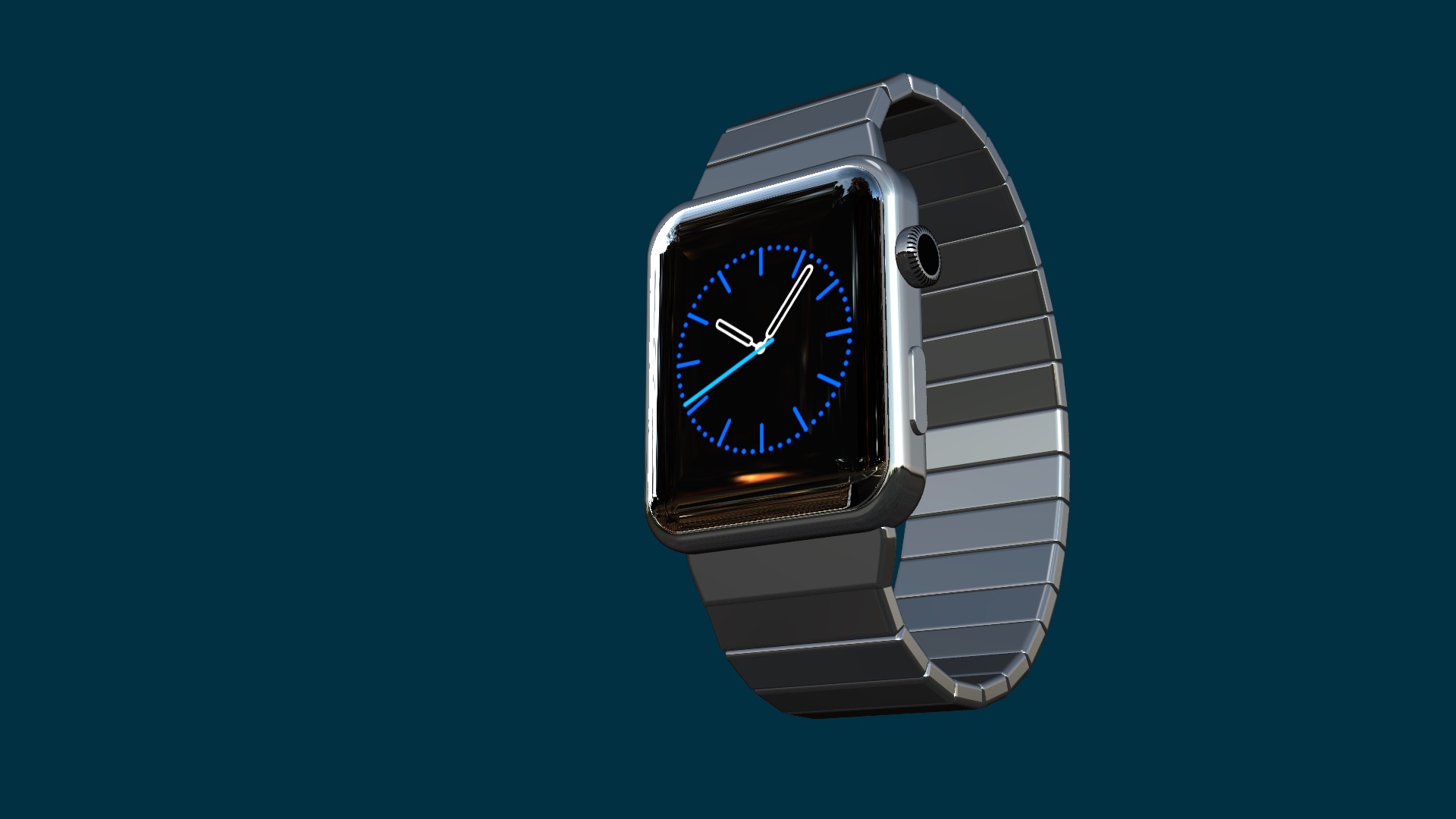 Developed in August 2015 but never released.  Why? Apple never made the San Francisco system font available to other applications (system only) and the fonts are only available to those who have an Apple Developer account. Furthermore, developers could only use it for interface “mock ups” (although this model might qualify).  The Mickey Mouse watch face would have never been included because it  is © (and trademarked) by the Walt Disney Company… probably forever.

I developed a generator to go with this model:
https://www.youtube.com/watch?v=3dZ7560xcUc (dated Aug. 29th, 2015)
which is a frame accurate, settable and customizable watch.

The second half of this watch demo (the activity monitor) was another generator I created for the watch drop zone (also not released).

The state of this watch model/Motion template is in limbo.

I may develop the text font for this clock myself when (or if) I have the time as a substitute to the required version of San Francisco used in its making.